Poutiner.com is not for poutine purists.

It's a borderless hommage to poutines created in less than favourable conditions. Go beyond the fact that most of these poutines are blasphemous to the original recipe and travel around the world with this weird cultural exchange. Poutiner, it's 21 poutines clumsily assembled with local ingredients in 14 different countries by a guy who simply got lost on the way to the restaurant. 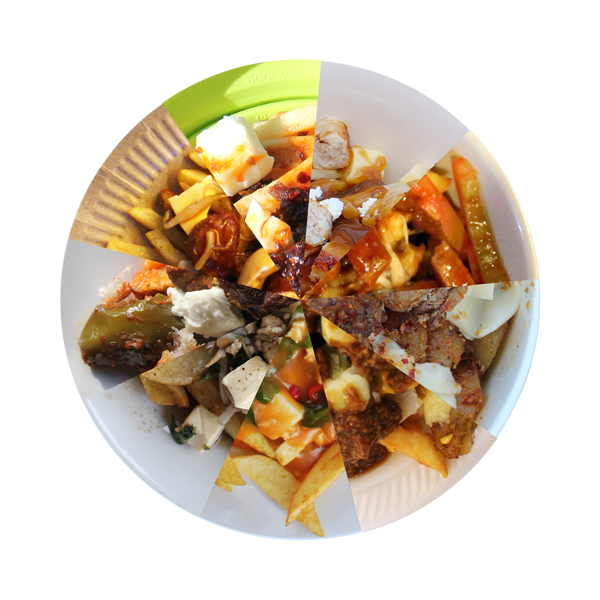 It's pretty sad but curd cheese is hard to go by outside of Quebec so imagine how hard it is to find in China or Cambodia. For perfectly authentic poutines it was dead in advance. Thankfully some countries have local squeaky cheese with a similar texture, like in Finland or in Mongolia. Otherwise a fresh mozzarella in milky water or anything ressembling bocconcinis can be a good alternative.

Potatoes are universal and found in meals all around the world. What's less universal is the usual French fries and hamburger corner kiosk with good French fries. I stumbled upon big fast food franchises more than their indie counterparts.

The real poutine gravy has a slightly distinct taste compared to steak gravy so it was sure I was gonna run into some difficulties looking for the real thing. But lucky me poutines are made with various brown sauces and can still feel authentic. You can go with a chicken base gravy or beef, it can be spicy, BBQ flavoured or, in what seems to be the most non-poutine poutine, the Italian poutine with bolognese. All and all I had some flexibility with the gravy and went for it.