The ingredients will be listed:

The bonus poutine is a poutine that I couldn't make myself for lack of time or resources but that I still detail because it has an even stronger cultural relevance with the country and the region. Basically, it's often a harder, weirder poutine to make and only exists as a list (until someone makes it). 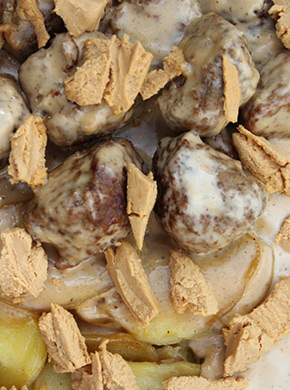 Kidpenny - Free are the people

This series and this episode are not associated nor sponsored by these businesses, organisations or filming locations. This list is indicative only and there is no guarantee on accuracy.

The critical part of this episode with the review reflects only the final assembled poutine and not the individual ingredients and products. For entertainment only.

All footage captured from and on publicly accessible places or via an entry fee. No fence jumping.